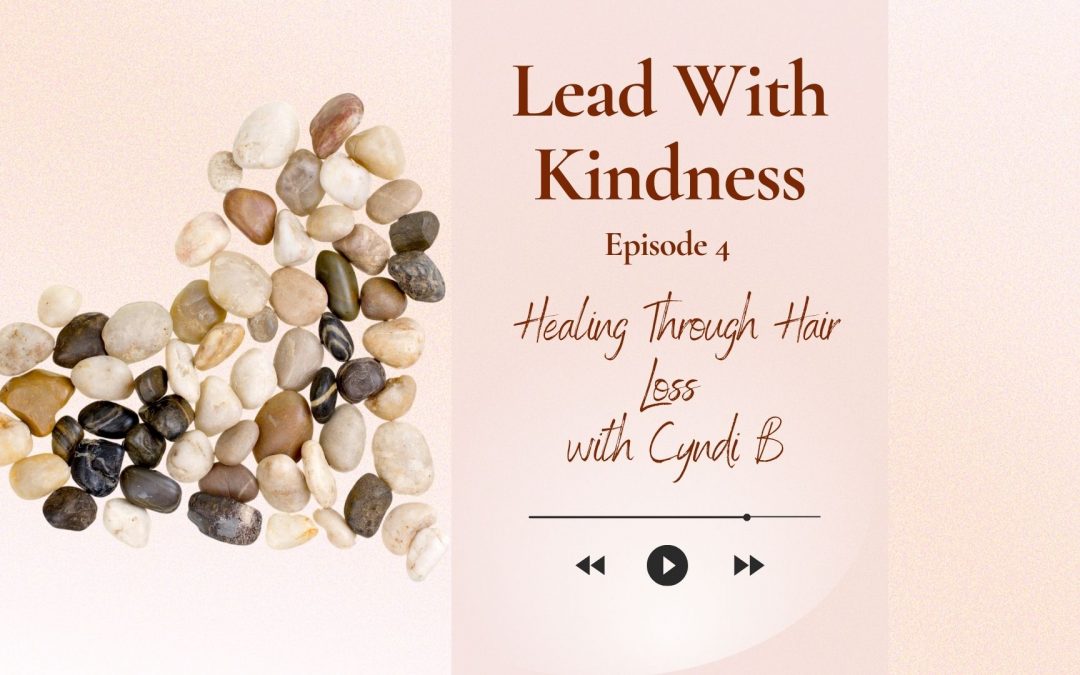 My name is Cyndi and I am dealing with alopecia. As a matter of fact, I have the hard core kind of alopecia. I have alopecia universalis, which means that I have zero hair anywhere on my body. And I’ve been dealing this with this for a little over a year now. So why I decided to do this podcast today to address is the Will Smith, Chris Rock, Jada Pinkett Smith issue.

It kinda hit home for me. Honestly, I woke up this morning with messages from friends with Facebook posts galore. My entire newsfeed was filled with stories of this big slap that happened at the Oscars last night. And so I watched the video, I watched the unedited video of what happened and I’ve got to say, I see both sides here as someone with alopecia.

I see the raw emotion that comes with dealing with alopecia. I see how family members could react so seriously and come to the defense. Now, do I agree with Will Smith’s reaction? No. No, I, I don’t. And I know among my alopecia groups that I’ve seen, it’s about 50/50. Some of them are like, heck yeah, go, Will Smith way to defend Jada.

And then some of them are like, violence is not the answer. He should not have done that. Now I fall somewhere in the middle. The reason why I say this is because as someone who has dealt with alopecia, who has cried tears of agony in the shower as I’ve watched my hair, literally wash down the drain and clog up the drain, dealing with alopecia is so scary and it’s not something that should be joked about and taken lightly. Now with that being said, I don’t necessarily think that. Chris Rock knew that Jada Pinkett Smith had alopecia. I don’t know. I don’t know, I haven’t really read up on it and followed up to see how Chris Rock has reacted this morning.

So I have an 11 year old son who is in the sixth grade and I have a 16 year old daughter who is a sophomore in high school. I have been very, very deliberate about always making sure that I wear a wig when I go to any sort of middle school function. Whenever I go to baseball games where these kids don’t know me, I am very, very deliberate about wearing a wig around my son’s middle school peers, because they don’t know.

And they don’t know what I’m going through and middle-schoolers are mean, not all of them, but some of them are downright mean, and I’ve seen the bully culture at our school. And I don’t want to give any child ammunition to say something to my son where my son will feel like he has to come to my defense.

My son is a very sweet natured kid. But he loves his mama. And I do worry that if some kid ever said anything to my son mean about me and my condition and why he’s got a bald mama, I worry that he could do something like Will Smith did because it just comes from a place of raw emotion.

I feel like that would’ve gone a lot farther than slapping him across the face, because what happened is after he slapped him across the face a huge chunk of the audience didn’t know why or where that came from. They just thought he was overreacting and they didn’t know that she was going through alopecia, that it was a medical condition. And so they just thought, whoa, what the heck? Where did that come from? And so it did seem overly dramatic for people who didn’t know what was going on. I think educating the public would have gone a lot farther. Now that being said, I can’t say that I would have reacted any differently. I don’t know what I would’ve done in the heat of the moment.

You know, how things are when you’re in the heat of the moment and words are said, actions are made and you go back and you think on that a couple hours later and you think, oh man, I should’ve said this or I should’ve done this. I feel like that’s sort of what happened in this particular scenario.

So that’s my take on this. I have seen a lot of my friends post comments saying that they firmly disagree with Will’s reaction, and I’m partially with them. I never agree with violent actions. I don’t know. But I am also sympathetic to his reaction and why the big slap happened, because having alopecia is hard and I’m sure having a loved one, seeing them go through alopecia is hard.

My kids have watched me go through it and they’ve seen me come out the other side as sort of a happy or happier person. But even though I’m happy right now, I’ve got a smile on my face. I’ve got a wig on. I’m good to go. They also see me still have my sad moments from time to time. But it takes a toll. It does. And I really believe that that’s what happened with, Will Smith.

Another thing that I need to point out with this particular scenario. Emotions might have been pretty high with the Smith family because just two weeks ago, a 12 year old girl named Rio took her own life because she had alopecia and she was being bullied in school. And so my thought is that if the Smith family knew about what happened with this little girl, Rio, that their emotions may have been high about this, and may have been very much on the, we shouldn’t be bullying. We shouldn’t be joking around about alopecia because it’s a very tough condition.

There’s no cure for it. It’s just some, one of those things that you have to power through. And some people aren’t able to power through because they’re being made fun of, and that’s a harsh reality of what is going on right now, so that could have had a part to play in it. I’m kind of speculating there, but that’s just kinda my thought on it.

So I’m going to end this recording with this, just be kind to each other. Be mindful of your words and actions with each other. Just try to lift other people. That’s just the best thing you can do is just lift people up. Don’t drag them down and make fun of them. I mean, I know he’s a comedian.

I know it’s a joke, but you know, you have to really think about what your words can do to people. So I’ll leave you all with that. I so appreciate all of my friends and family support. It really means the world to me, really, truly. You all have a good one. Bye. Thanks for listening to the healing through hair loss podcast.